BY BECKIE STRUM | ORIGINALLY PUBLISHED ON MAY 31, 2019 | MANSION GLOBAL 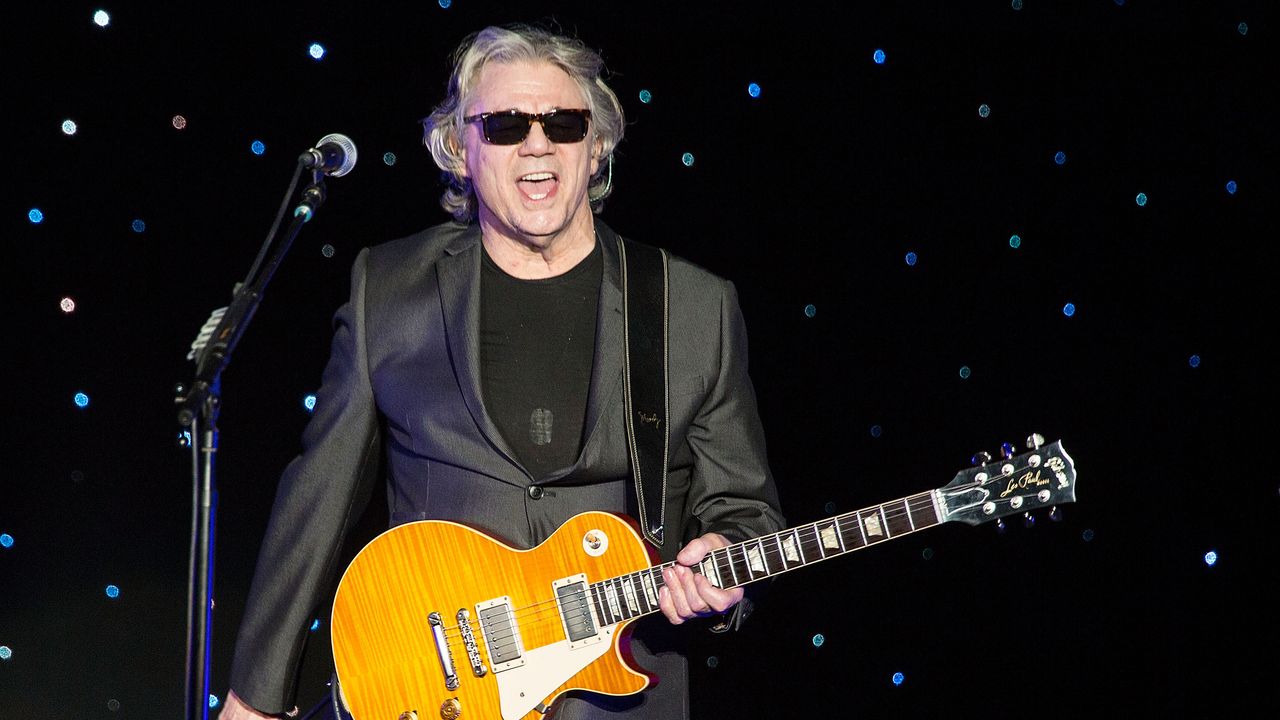 Rock icon Steve Miller has parted ways with his 38-acre estate in Washington’s verdant San Juan Islands, closing the sale earlier this month for $8.5 million, according to property records.

Mr. Miller, frontman of the eponymous Steve Miller Band, must have been ready to “Take the Money and Run”—since he’s tried off and on to sell the spacious wood-clad mansion overlooking Friday Harbor since 2015.

The U-shaped modern wood cabin swings around a central courtyard, which has ample room for an outdoor lounge area and al fresco dining. Perched on a hillside, numerous outdoor spaces, which also include a wraparound porch, offer the new owner views stretching across the thick surrounding forest to the harbor.

Builders had to blast through the bedrock to construct first, subterranean level of the sprawling, 11,000-square-foot custom home. Mr. Miller used part of the lower level to store his guitars, a space he hid behind a trick bookcase, and installed a panic room, said Sam Chapin, who represented Mr. Miller in the sale along with co-listing agent Dan Gottesman, both of Engel & Völkers. 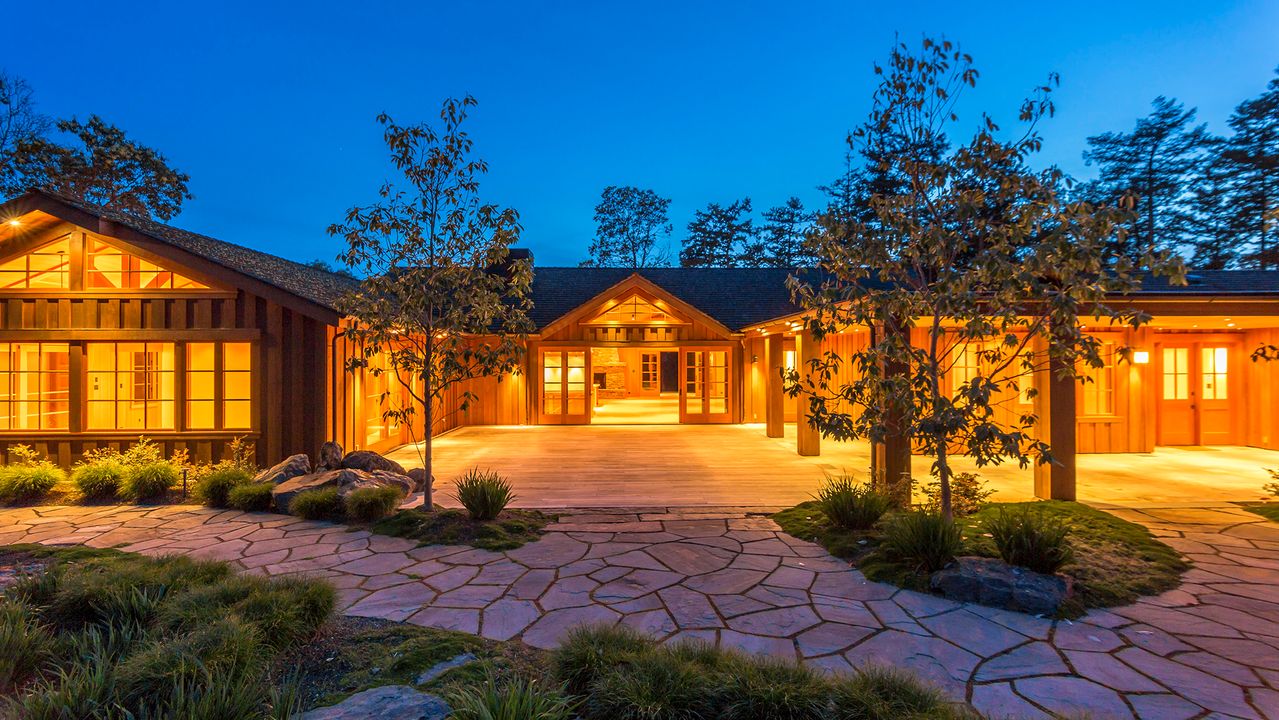 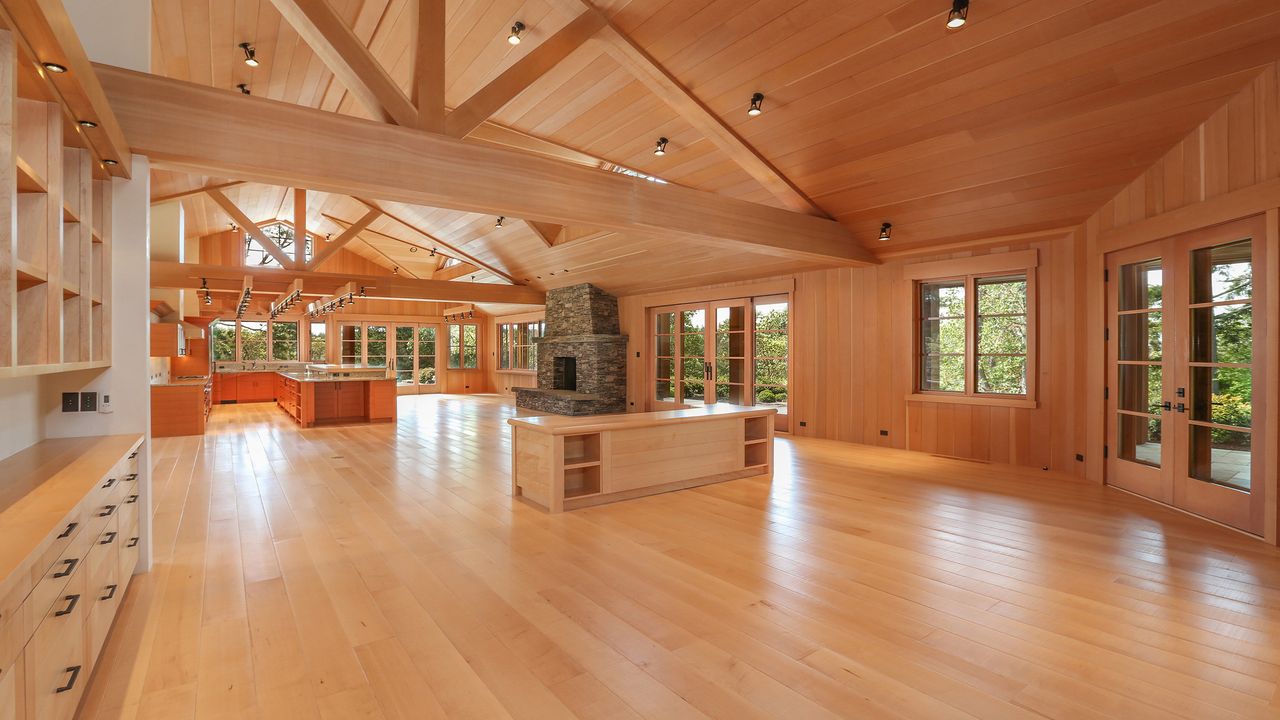 Inside, design plays up the stunning views with walls of floor-to-ceiling glass and numerous sliding doors to bring nature and sunlight into the house. An airy, open floor plan plays up the natural light with pale hardwood and vaulted ceiling heights.

There are backup systems, including two generators and its own water purification, in place that allow the home to function “off the grid” for up to a year.

“He really valued privacy and wanted it to be self-containing if necessary,” Mr. Chapin said.

The real selling point of the home, however, was the dock, which has enough space for a 164-foot yacht and accessibility by float plane.

“The most unique aspect of the home is the dock. There is nothing like it in the San Juan Islands,” Mr. Gottesman said. “Because of regulations you could never replicate it.”

It was the dock that attracted the buyer, a local tech bigwig who purchased the home anonymously through a private trust, according to property records, and who already has a 100-foot yacht moored in the area, said the listing agents, who declined to identify him. 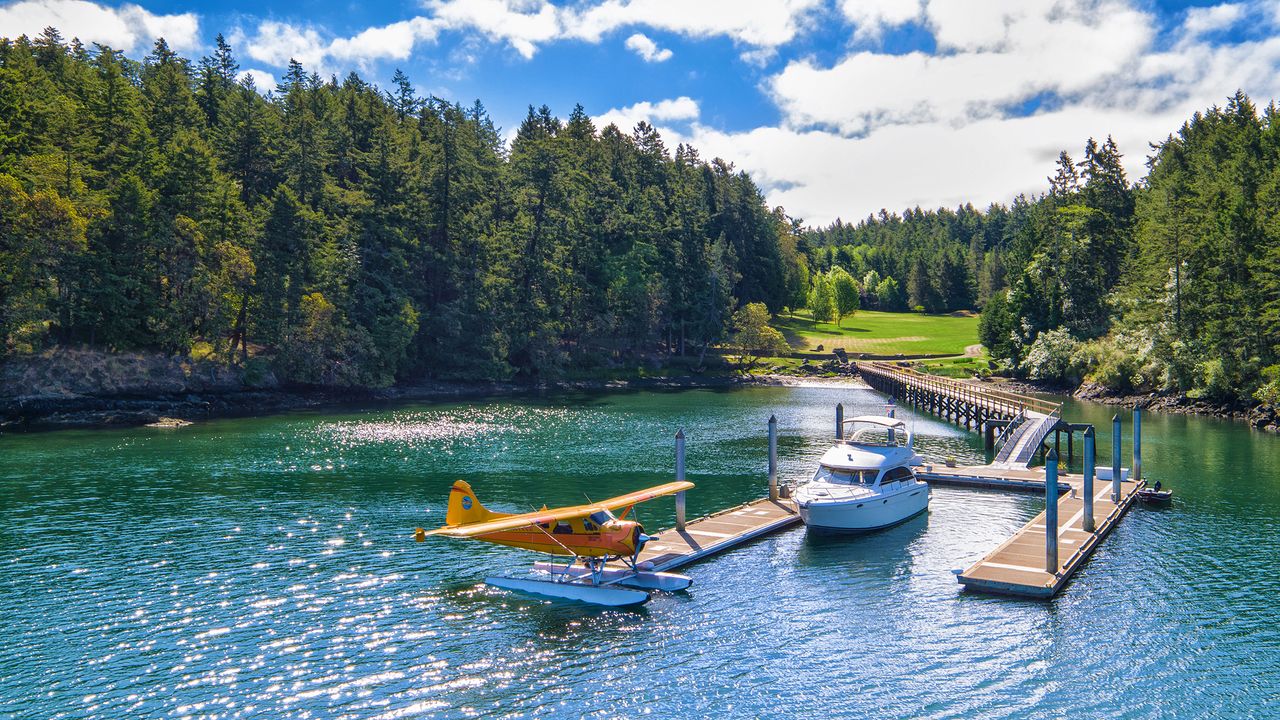 The dock is the one of the largest private moorings in the area. | Engel & Völkers Mercer Island

Mr. Miller, 75, first put the home on the market in 2014 for $20 million as part of a divorce from this third wife. That price tag proved to be more than a little hopeful. The house finally changed hands on May 17 for less than half the rockert’s original ask, after a series of price cuts and a switch to a new listing agency last year.

Meanwhile, Mr. Miller is still waiting on a buyer for a similarly vast rural compound in Sun Valley, Idaho, which he listed in 2017 for $16 million.

The rocker could not immediately be reached for comment.